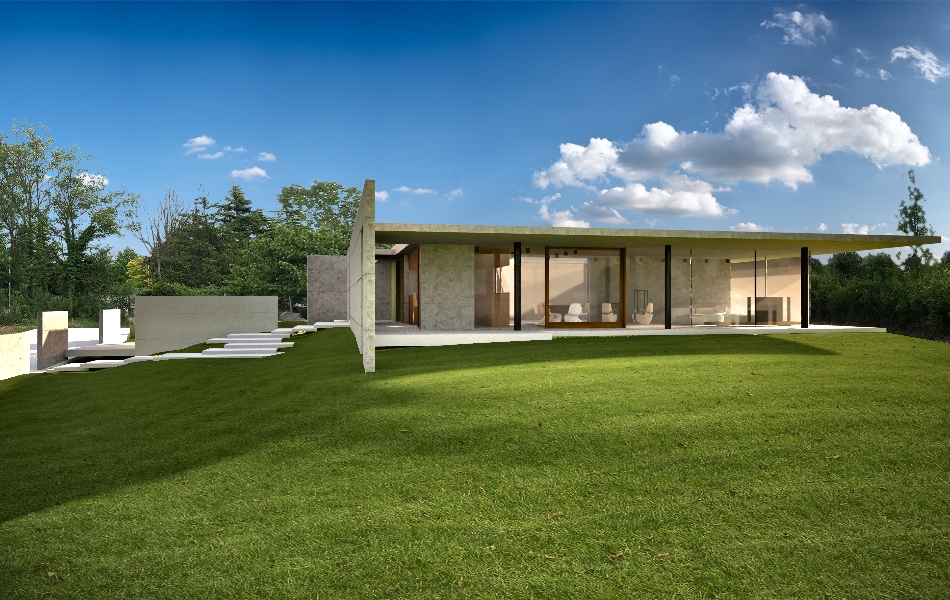 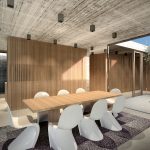 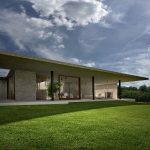 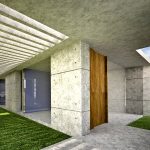 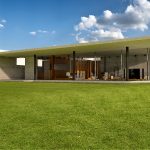 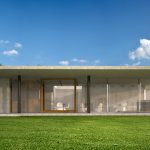 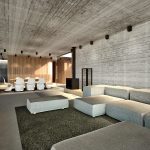 This mansion is designed as a structure made of reinforced concrete dividing walls which, apart from meeting its static construction requirements, become the main element in the architectural composition. Both the dividing walls and the large covering loft are made of concrete with exposed finishing, thus leaving its construction features visible both outdoors and in the rooms inside. The structure is the only opaque element in the building; the rest of the cladding is entirely made of large window panes which define the housing space without interrupting the continuity between indoors and outdoors. Light and greenery thus become elements in the architectural composition, in the same way as concrete and glass, drawing shadows and making the mountains in the surrounding landscape part of the house. Greenery, though, is not just a backdrop; it actually enters the mansion both through the garden – with its structural  partitions – and the courtyards, a source of light and green space inside the home. This pivotal element is surrounded by the various rooms separated by wooden elements serving as internal partitions and furniture items. Wood is the finishing element which, right from the first drafts of the project, has been intended as a contrast with the tangibility of concrete, completing the architectural composition. 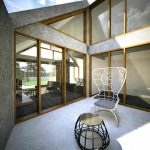